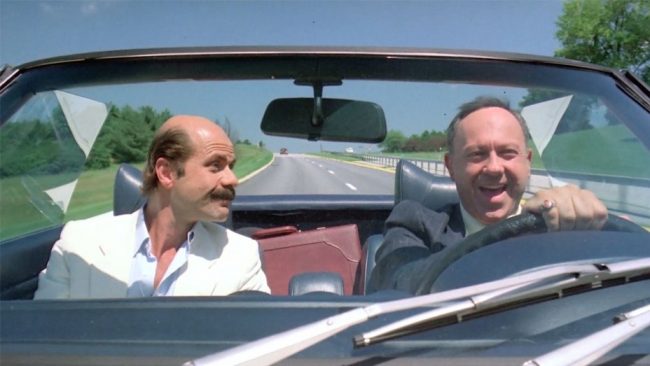 If you read The Dishmaster, you’re aware that my affinity for up-and-coming artists usually extends to the underground music scene, but every so often an indie filmmaker walks into my life, and today is that day. Made 30 years ago in 15 days with 28 locations, Chief Zabu was written and directed by actor-producer Howard Zuker and Neil Cohen. Cohen and I recently connected, and his excitement for resurrecting the shelved project is contagious.

The film follows status-hungry developer Ben Sydney (Allen Garfield) who is lured into a too-good-to-be-true real estate deal to buy the fictional Polynesian island of Tiburaku by the smarmy George Dankworth (the late Allan Arbus). The president of Tiburaku, Chief Henri Zabu (Manu Tupou), is seeking independence and a seat at the United Nations. Sydney’s desire to increase his economic and political influence by capitalizing on the island’s many business offerings reeks of our current Trump climate, which serves as the main reason for the film’s resurrection. It was originally set aside upon a mixed reaction, but their recent re-edit of their original passion project has paid off. The buzz is palpable, and Cohen’s infectious energy certainly helps.

I want to see this film succeed, if for no other reason than to have Chief Zabu parties to attend across the United States. It’s a certified cult classic, and I’m guessing it will find distribution soon. Sometimes we are far ahead of our time. In the case of this film, Cohen was thirty years ahead.