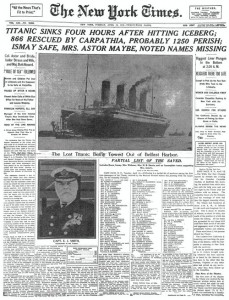 My father always told me that nothing in life is free.  I used to listen until he’d say, “money doesn’t grow on trees,” at which point my eyes rolled out of my head.  With the launch of the New York Times paywall, it seems my father was right.  To put their new venture in a nutshell, you’re only entitled to read 20 articles on the New York Times website for free.  After that — you must pay.  There’s predictable outrage about this announcement, and I’d like to squash that outrage by repeating my father’s annoying words.   Nothing in life is free.  The New York Times is a business, and they’ve been hit with the same tough economy that we all have, and they have a right to charge their customers whatever they like.  If their new model doesn’t work, the market will adjust their choice, and they will become free again.  Yes, we’d all like to think that the news is free.  But someone (who I don’t envy) is responsible for gathering that news, and then some other jackass is responsible for ripping off the New York Times and repeating that gathered news for free.  Deal with it.  And stop complaining.