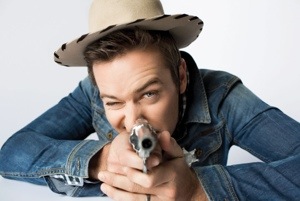 “I don’t know how much we can put here without my parents being embarrassed, but I used to like to be a dominant lover. I liked the grabbing of the neck and the hair and all that. But then you get married and your sexual appetites change. And I mean that for the better—it’s not like I’m suffering in any way. But you can’t really pull your wife’s hair. It gets to a point where you say, ‘I respect you too much to do these things that I kind of want to do.’ The two of us will literally break out laughing in the middle of it, finish up and be like, ‘Well, that was oddly fun!’ So it becomes a new kind of thing that’s less about ‘I want to dominate you’ and more about both of us having a really good time. It’s just a different style.” Armie Hammer in Playboy magazine’s July/August 20Q, on sex with his wife pre and post marriage.