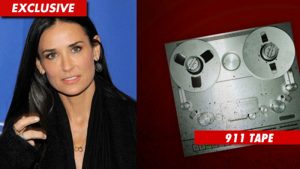 Looks like Prince is finally paying the price for his diva-tude. He was ordered to pay 3 million dollars for canceling a concert just three days before the event.  The lawsuit settled out of court, but the matter was brought back to court after Prince refused to pay the settlement money. Prince’s representatives (who he blamed for the concert cancellation) were not ordered to pay anything.  Let’s see if he actually pays up this time.
Prince is being sued by promoters for canceling a performance at Croke Park in 2008. Part of Prince’s defense is that his agents did not have the authority to bind him to the gig, and that he did not personally agree to it. The agents have debunked that claim in recent testimony, by stating that they had express authority from Prince to book gigs and at no point did Prince tell them to cancel the gig on his behalf. I tend to side with the promoters. Prince is notoriously difficult. In fact, listen to the clip of Howard Stern railing on Prince while discussing a personal experience with him. It’s pretty funny.