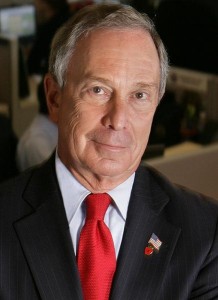 On August 12, after a 10-week trial, a Federal Court found that the NYPD violated the 4th and 14th Amendment rights of hundreds of thousands of New Yorkers, largely black and Hispanic men, by stopping them without reasonable suspicion.

The suit was brought by various plaintiffs after growing constitutional concerns about the NYPD’s stop-and-frisk policies under Bloomberg and Police Commissioner Ray Kelly. The number of police stops climbed steadily after Bloomberg took office in 2002, climbing from 97,296 to a peak of 685,724 in 2011. Approximately 88% of these stops did not result in an arrest or summons, and more than 86% of those stopped were black or Latino.

At trial, 12 plaintiff-witnesses described 19 out of more than 4 million stops which occurred between 2004 and 2012. The plaintiffs argued that their testimony proved that the NYPD “laid siege to black and Latino neighborhoods… leaving people afraid to leave their homes,” and that the NYPD used “race as a proxy for reasonable suspicion.” But the City countered that the plaintiffs “failed to show a single constitutional violation much less a widespread pattern or practice.”

The plaintiffs’s case was aided by a smoking gun: a taped statement in which an NYPD Deputy Inspector told another officer to stop and frisk “the right people, at the right time, at the right location.” When the officer asked for more specifics, the Deputy Inspector replied, “I told you at roll call, and I have no problem telling you this, male blacks 14 to 20, 21.” Ouch!

The City tried to mitigate this statement by explaining that the officer was so advised “not because law abiding blacks are more suspicious generally but because robberies and grand larcenies in (the area) were reportedly being committed by black males ages 14-21.” But that doesn’t seem very reassuring in the face of such a blatant directive to stop young male blacks.

The case also included testimony from New York State Senator Eric Adams, a former NYPD officer, who said that on two occasions Commissioner Kelly publicly stated that he uses police stops to “instill fear” in young blacks and Latinos, and that every time they leave their homes they will be stopped. Ouch, again!

After finding the City liable for systemic constitutional violations, the Judge – with encouragement from the U.S. Justice – Department appointed a monitor to oversee the NYPD. All along the City has maintained that a monitor is an unnecessary interference which will hurt police morale and create even more paperwork for the officers.

In spite of this huge blow, the City – or at least the current administration, there will be a new mayor by next year – maintains that the NYPD’s policies are both lawful and effective. Last week it filed a notice of appeal in this as well as a related stop-and-frisk case.