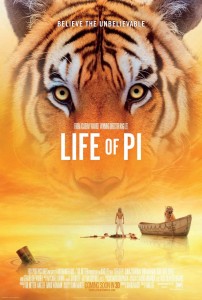 During the 2013 Oscar telecast, the visual effects (VFX) winner for “Life of Pi,” Bill Westenhofer, had his speech interrupted when he began to talk about the pending bankruptcy of the film’s California-based visual effects house, Rhythm & Hues. Mr. Westenhofer was clearly attempting to bring attention to an issue worthy of the nearly 500 protesters (many of them laid-off Rhythm & Hues workers) outside the building that night.

The main source of contention for the visual effects industry lies with foreign tax subsidies and cheap labor that draw jobs overseas. The employees represented their outrage with signs that read “we want a piece of the Pi,” and “respect for VFX.”

Over the course of the week, the protest has spread via Twitter and Facebook. In a display of solidarity, the VFX community has plastered social media pages with blank green screens to show what effects-heavy films would look like if we no longer had VFX artists and designers to create elaborate digital worlds and action sequences; films like “Avatar” and “Life of Pi” were largely shot against green screens, with the backdrops created in post-production. An industry blog, VFXSoldier, has served as a hub for members of the VFX community to vent and gather information.

Dave Rand, an artist from Rhythm and Hues, explains that the aim of the ongoing protests is “awareness… We are trying to enlighten the studios that they are taking their racehorse and beating it to death.”

And cutting Westenhofer short at the Oscars was rubbed some folks the wrong way. “It’s particularly galling that the FX guy, speaking about a protest that was happening outside that directly addresses the financial realities that are starting to damage the FX community in a way they may not be able to fully recover from, was cut short at a ceremony where they actually had a computer-animated character give away an award on live television,” wrote Drew McWeeny, an editor at HitFix.

In a press room interview at the ceremony, the award-winning Westenhofer got the chance to elaborate on his concerns. “The visual effects are definitely in a challenging position right now… I wanted to point out that we aren’t technicians. Visual effects is not just a commodity that’s being done by people pushing buttons. We’re artists, and if we don’t find a way to fix the business model, we start to lose the artistry,” he said.

The protests lodged by the VFX community seem to be timely, if not long overdue. Rhythm & Hues is not the only high-profile FX house to take a hit recently. According to The Hollywood Reporter, Pixomondo, a German company that won an Oscar for “Hugo” last year, is closing its offices in London and Detroit because of financial strain. Moreover, DreamWorks Animation is set to cut about 350 jobs — that’s 15 percent of its staff.

I suspect that changes in how movies are made have progressed so rapidly that the industry as a whole, and Hollywood in particular, have not been able reflect on what it all means for the future –- both short and long term. As for the dysfunctional business model, many suspect that for last 10 years, the biggest FX houses have only wielded 5-6% profit margins. Some observers suggest that a highly competitive bidding process has created a race-to-the-bottom, with FX houses accepting very low bids to do what might become award-winning work. Moreover, the increasingly unpredictable production schedules add to an already existing strain for both the FX houses the VFX community in general.

The VFX community has done a great job in getting heard, and here’s hoping the industry takes note. When a business model demands change, the first step is awareness, and the next step is to induce desperation. If it’s true that studios will be left with nothing but a tigerless green screen, someone will wake up.