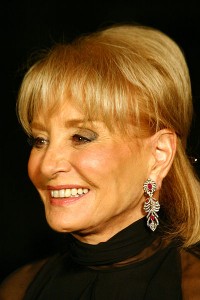 There isn’t much to say about the Samantha Brick story other than she is a very annoying woman who wrote a very annoying article for The Daily Mail about all the attention she gets for being beautiful. Backlash ensued, and then the ladies of The View chimed in. Now comes the good part. After telling the producer to put Brick’s picture back up on the monitor, Walters cut Brick with just one simple sentence, saying, “She’s not that beautiful.” And my other favorite part of this story came from a random commenter on another blog who said, “This is just proof that an American 10 is a British 5.” Click here to watch Walters in action.