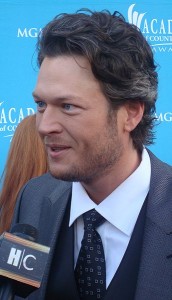 Until there’s a middle-man proof-reading celebrity tweets before they hit the web, I imagine we’ll keep seeing PR melt-downs. Blake Shelton, most recently known as a judge on the hit NBC show, The Voice, tweeted that he’s “re-writing [his] fav Shania Twain song,” and his lyrics included, “Any man that tries Touching my behind He’s gonna be a beaten, bleedin’, heaving kind of guy…” The subsequent outrage warranted the standard apology tweet, with Shelton saying, he “seriously apologize[s],” and “it wasn’t meant that way.” He also whined about the twitter-sphere “jumping on everything” he says. How is it possible that Shelton is the victim in this? Though I’m sure he has a gay best friend and therefore isn’t a “homophobe,” perhaps he could take a little responsibility for his stupidity. Is it seriously beyond his comprehension that his tweet was inappropriate? It was not “taken the wrong way,” but rather, it was just wrong in general. Don’t blame us — blame yourself.