My Hollywood insiders tell me that 99% of reality television is fake. Because I’m a gullible dolt, I have trouble believing them. As a result, I think the clip below is real. In it, Shannon Tweed storms off the set of Joy Behar’s show, after her long-time partner, Gene Simmons, makes a joke about the many women he’s had sex with. There’s much speculation on the internet that it’s planned, but I just don’t think they are talented enough to pull off the spectacle. Plus, it’s entirely possible that they have already split up, and they are contractually obligated to promote the show, while also keeping the current status of their relationship a secret. Watch below and judge for yourself.
END_OF_DOCUMENT_TOKEN_TO_BE_REPLACED 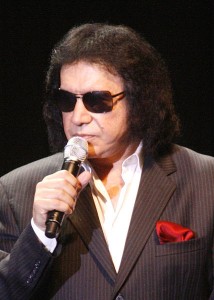 Gene Simmons appeared on Cheslea Lately, and Chelsea represented women everywhere by asking why one woman isn’t enough. She also referred to his longtime partner, Shannon Tweed, as his “wife,” which clearly ruffled Gene’s feathers. Gene tried to evade her inquiry and Shannon then yelled out from the audience, “answer the lady!” Predictably, Gene did not have an answer. When Chelsea asked if it’s okay if Shannon sleeps with other men, he also shirked responding, which leads me to to believe that Gene Simmons is a misogynistic hypocrite. Plus, his hair is gross. It seems that Chelsea was on to something. While promoting the new season of their show on The Today Show, it appeared as if their marriage is ending. Watch both interviews below.
END_OF_DOCUMENT_TOKEN_TO_BE_REPLACED