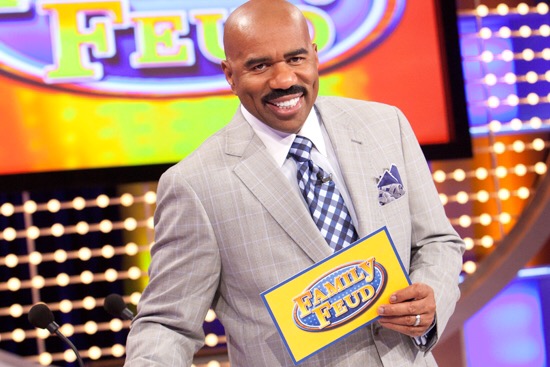 It’s impossible to decipher whether the family featured on Steve Harvey’s ‘Family Feud’ is laughing with him or simply too dense to understand the severity of their stupidity. Perhaps they performed poorly under pressure and their brains shut down? Watch below to see one of the funniest game show moments of all time, and then weep for this family who given every opportunity in history, still managed to base their answer on vocal inflection rather than the actual word. If you aren’t a fan of Steve Harvey, you will be now.

Steve called this jaw dropping moment from Family Feud “The greatest television that won’t be seen.” Is it the worst answer ever? Judge for yourself… Episode airs Feb 23! Go to FamilyFeud.com to check your local listings. #FamilyFeud #FeudHighlight #SteveHarvey

UPDATE: The featured family gave an explanation for their odd antics. Watch below.