Skip to content
Television is the single greatest vehicle to bring an underground musician to the masses. So it’s time to congratulate Wolf Gang, who had his song, “Suego Faults,” featured on The CW’s Gossip Girl. And in case you haven’t heard of Wolf Gang, you can lean more about his brilliance here. As an aside, when will the writers unite Chuck and Blair? They are the single greatest on-screen couple since Brenda and Dylan. 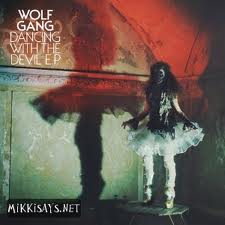 Max McElligott, also known as “Wolf Gang,” has yet to release his debut album, entitled Suego Faults, but he’s already receiving a fair share of internet buzz.  When my friend pointed me to the song below, I was blown away.  The acoustic version of Back to Back is actually better than the studio version, which my musician tells me is an impressive feat.  If I could give Mr. McElligot any career advice on his way to the top, I’d tell him to quickly change his band name.  He’s impossible to Google, and my attempts were met with a lot of Mozart information.  In the age of online media, it’s important to be easily found.  If you like the song below, I’d encourage you to buy his EP.  You will not be disappointed.