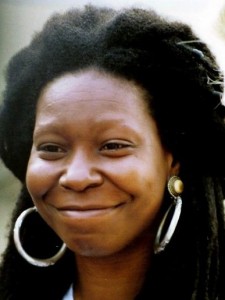 ‘The View’ got heated, and this time it was Whoopi who caused the stir.  She defended Mel Gibson, and said that while he’s a “bonehead,” she cannot say he is a racist after having spent “time with him in her house with her children.”  First of all, can we all stop using the “my best friend is black” excuse?  I’ve met plenty of racists that have a black significant other, best friend, etc . . . .  Believe it or not, you don’t have to run through the streets shouting the N-word to be racist.  (Even though that’s basically what Mel Gibson did).  Here’s my next question for Whoopi: did he also hang out with you and keep your teeth intact?  Does that mean he’s not a wife-beater?  And how about his anti-Semitic tirade?  Oh right — he was drunk?  Plus, you have a Jewish last name.  That has to count for something.  Watch the video below.