Skip to content
There’s nothing worse than strong-arming your boyfriend into seeing a romantic comedy with you.  I’m unequivocally opposed, for fear that he’ll retaliate by forcing me to see The Expendables.  Besides, what’s so wrong with having a date night with my gay friends?  Surprisingly, there are in fact some romantic comedies that men enjoy.  I’m often confused by what makes a guy like a romantic comedy.  Most men can’t even articulate why, often grunting the simple sentence, “I like it when it’s good.”  For whatever reason, the men I talk to like the films below.  I am going to make a feeble attempt at an explanation.

When Harry Met Sally might be the best romantic comedy in history. There are no bells and whistles, just great writing, great actors, and a great director. A certain someone I know that detests romantic comedies, insists that they are only successful when directed by a man. He’s either sexist . . . or correct. This film was directed by the Rob Reiner, and written by Nora Ephron. Much of the hilarious dialogue is based on both their lives, such as Meg Ryan’s obsessive ordering (which is something Ephron does), or Billy Crystal discussing his failed marriage while doing the wave at a baseball game (which actually happened to Rob Reiner).

Once upon a time, when my brother was single, he decided to add romantic comedies to his movie collection, so that when he brought women back into his apartment, he could get them to stay by suggesting a cheesy film. When he called to ask for advice, he told me all my movie suggestions were nauseating, and he’d rather not get laid than watch Dirty Dancing. When left to his own devices, he came up with Love Actually, which is still one of his favorite films of all time.  The reason? I have absolutely no idea, but most men I talk to agree with my brother.

No man I know likes to admit that he is a fan of The Notebook, but they all are. The story is always the same. Their girlfriends wanted to watch it, and they got guilted in to what they originally thought would be a torturous experience. After the film ends, they’re confused about having liked it, and they never tell their guy friends about it. It’s the worst kept secret of the male species. 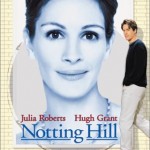 I once asked a random guy at Starbucks why so many men love Notting Hill, and when he explained it, the light bulb went on. He said, every guy wants think that a movie star will fall in love with him, or even at the very least, have sex with him. And there you have it. 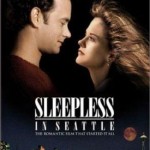 Sleepless in Seattle was also written by the great Nora Ephron. It’s a play on An Affair to Remember, which is another great romantic movie that I’m leaving out of this post, as I don’t know many men that have seen it. I think any romantic film with Tom Hanks as the lead, instantly scores points with men, because who doesn’t want to see the every-day-guy get the girl? He’s contrary to most leading men today, who are so pretty, I often think I’m looking at a woman. Okay, not really, but you get the point. 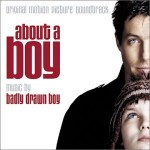 I actually hated this movie, but men seem to love it. I thought the child was so unattractive and annoying, which made him hard to find endearing.  Yeah — I said that. And I have no problem calling him unattractive, especially since he’s all grown-up now, and he’s extremely good-looking (wow, I am a pedophile and an asshole all in one sentence).  Anyways, I think men liked it, because the romance was secondary to the plot, which primarily centered around Hugh Grant’s relationship with the boy. 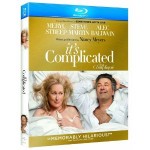 Alec Baldwin once said that he considers his acting career a failure, because he’s never carried a movie at the box-office. Personally, I think Alec Baldwin is a self-hating nutcase, because the man is comedically brilliant. Who cares if no one wants to see him saving the world from a nuclear bomb. I’m convinced that men liked It’s Complicated solely because of Alec Baldwin. It’s worth renting for his performance alone. 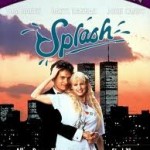 What man doesn’t want to see a hot, naked mermaid on the big screen? Ron Howard cast Tom Hanks as the lead in this film, based on Hanks’ work on the short-lived television series, Bosom Buddies. It put Hanks on the map, and they have since worked together three times.

3 thoughts on “Top Romantic Comedies Liked by Men — A List”