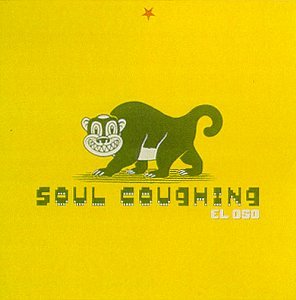 If you were one of the cool kids in high school, you would have heard about the band, Soul Coughing. As for me, I often eavesdropped on the cool kids, and I once heard them mention the band. I immediately bought the album and played it endlessly.  Mike Doughty fronted the group, and they released three records before splitting, with my favorite being El Oso. But like most all-male bands, their hormones got the best of them, and they split amongst in-fighting. When recently asked about a reunion tour, Doughty said, “I get more and more afraid that a reunion is going to be forced upon me at knife-point. I don’t need money that bad. I swear to God. To become a billionaire…okay. If they poked out one my eyes, I would reform Soul Coughing so they didn’t poke out the other one. Oh, man.” And there you have it. It’s amazing that in every universe except music, it’s the chicks that fight. Doughty has since launched a solo career, and he’s currently signed by Dave Matthews’ label, ATO Records. Listen to the Soul Coughing song, Super Bon Bon, below.