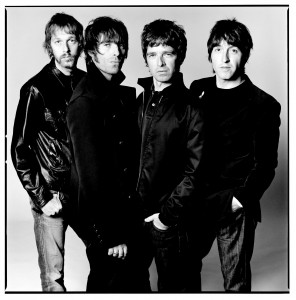 If you’ve ever heard of Oasis, then you’re likely familiar with the venomous hatred between the Gallagher brothers. Liam Gallagher fronted the band, which included his brother, Noel Gallagher, along with four other members who fortunately survived Liam Gallagher’s very public anger issues. The Gallagher brothers have long been splashed across tabloids for their sibling acrimony, which ultimately escalated into a pre-concert fist-fight, forcing Noel to finally quit the band for good.  Liam Gallagher subsequently formed a new band that includes everyone from Oasis except his brother Noel.  The band is called Beady Eye, and when asked about Oasis in a new interview for MTV Hive, LIam did not disappoint.  Please take the time to read excerpts from the interview below.  At the very least, it will make you feel really great about your relationships with your siblings. (Further Reading: Liam Gallagher Discusses Suing his Brother)

The future of Oasis: “Get over it. Oasis is yesterday. It’s fucking done.”

Ryan Adam’s version of Wonderwall: “It’s shit to me, man. I like Ryan Adams and I like some of his songs. But I hated what he did with “Wonderwall. It’s not his fault. To be quite honest, I’ve never really cared for the original either.”

On why you won’t hear Oasis songs on the Beady Eye tour: “We could’ve if we wanted, but we’ve got a lot more fucking self-respect. It’s why we don’t fucking play somebody else’s fucking songs when we can make our own.

Keith Richard and Mick Jagger working together (despite reported tension)- “Yeah, and what have they fucking done for the last twenty-five fucking years?”