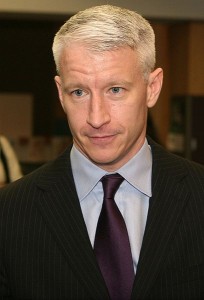 Anderson Cooper took on Donald Trump to debunk Trump’s ridiculous theory that President Obama wasn’t born in the United States, and I’d encourage you to watch the video below to confirm that Anderson Cooper is a bad-ass.  I originally thought that Trump’s claims aren’t worthy of a hard-news interview, but then I realized that Donald Trump’s ridiculous assertions are potentially damaging.  His fame puts him in a position of power, and the more he makes the talk-show circuits professing that Obama is not an American citizen, the more likely he is to influence weak-minded people that are aching to believe this.  I’ve always loved Donald Trump, mostly because I’m a huge Celebrity Apprentice fan, and because he’s Howard Stern’s best guest.  That being said, I now officially hate him.  To quote President Obama, he’s nothing but a “carnival barker.”