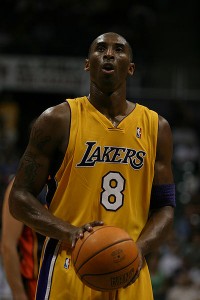 There’s a very interesting tactic used by celebrities when they apologize for a mishap.  They simply say, “I didn’t mean to offend anyone,” which is code for “I’m not sorry.”  Kobe Bryant was caught on camera during a Lakers game calling someone a “f*gg*t,” and here’s his exact apology:  “What I said last night should not be taken literally.  My actions were out of frustration during the heat of the game, period. The words expressed do NOT reflect my feelings towards the gay and lesbian communities and were NOT meant to offend anyone.”  This reminds me of the many fights I’ve had with ex-boyfriends who try to worm their way out of an apology with, “I’m sorry if I offended you.”  How about you instead say, “I’m sorry for being an a*shole,” which would be much more accurate.  I’d like to also point out to Kobe that when I’m in the heat of the moment and extremely angry, I don’t have any desire to yell out bigoted slurs — but that’s just me.