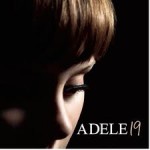 I must admit, I’ve dated some jerks. That being said, I think Adele’s jerks beat mine. In a recent interview, Adele revealed that her heart-breaker ex-boyfriend demanded royalties for the music she wrote about him. Of his demand, Adele said, “he was deadly serious about it.” Come to think of it — Adele’s ex is pretty creative — none of my exes would have thought of that.