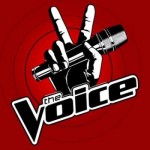 I just came across this quote from Randy Jackson about ‘The Voice,’ and I have to share it. When asked what he thinks of the new singing show, Jackson called it “gimmicky.” Then he said (and here comes the good part), “Maybe Simon Cowell should have people opening doors. Like, ‘Knock, knock; Who’s singing? I can’t see you!'” Who knew Jackson was such a jokester! I also think the show is gimmicky, but I must admit it’s a guilty pleasure. Besides, I’d rather have a gimmicky show that’s entertaining than the reformed version of American Idol — which sucks.