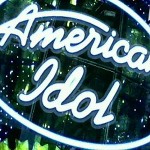 Jacob Lusk was voted off ‘American Idol’ last week, and I have to admit I’m shocked he made it this far. My shock has more to do with his personality than his voice. You might remember Lusk’s controversial comment during his pre-performance interview, when he said that if he got voted off, it won’t be because of his singing ability, but rather, it will be because American “didn’t want to look at themselves in the mirror.” The blogosphere erupted with attacks, and Lusk has finally made a feeble attempt at an explanation. When asked what he meant, he said the comment was about “what was going on in the world,” and wanting people to “look at themselves” and “look at what [they] could do to change the world.” Huh? Perhaps Mr. Lusk can explain what “looking in the mirror” has to do with voting him off because of a bad performance. This melt-down provides a great example of why being a successful singer has more to do with personality than singing ability. If you can’t avoid these type of mess-ups or fix them when they occur, then you don’t belong in the industry. Might I also point out for the millionth time that if Simon Cowell was on that panel when Lusk said that, it would have been addressed and put to bed immediately. Bring back Simon!