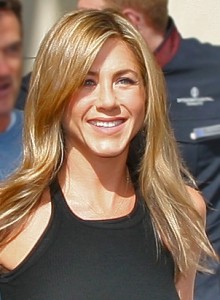 When tabloids discuss Jennifer Aniston’s love-life, her team goes on an immediate attack. The latest rumor, is that Aniston is dating Justin Theroux. Her rep immediately denied the rumors, calling out the tabloid in question and insisting that there were three other people at the dinner. Judging by her team’s reaction, you’d think she was rumored to be having an affair with a married man. Is it really necessary to deny every single dating rumor? There’s been about four in the last month, none of which are damaging to her reputation. Is it better for the public to perceive her as a frigid bitch that never dates? If I were her, I’d just roll with it.

One thought on “Why Do Jennifer Aniston’s Reps Get So Angry About Dating Rumors?”