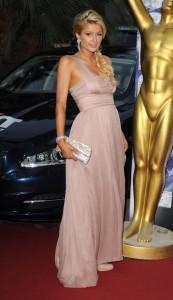 When you watch the clip below, you’ll understand why there is not much to say about Paris Hilton’s new reality show. In short, she’s just as terrible as you might expect. But in an effort to avoid negativity on The Dishmaster, I will quote the great Howard Stern who recently discussed Paris Hilton on his show. Stern said, “She is a c*unt. She’s the worst human being on the planet. She’s not even a human. She’s just so heinous. She has no inner soul. It’s sickening. She’s a monster.” And there you have it. Watch below and judge for yourself.