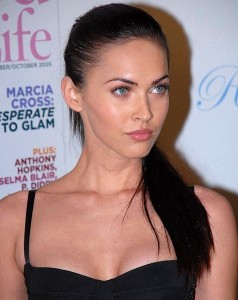 I’m not one of those Jews that takes personal offense to the colloquial mentions of Nazism or Hitler. Just don’t call me cheap, though — then I’ll kill you. Apparently, Steven Spielberg doesn’t share in my let-it-roll-off-my-back way of living. In the war of the words between Michael Bay and Megan Fox, Fox compared Michael Bay’s on-set antics to Adolf Hitler. According to Bay, Spielberg said, “fire her right now,” after hearing the comments. So is this true, or is this a desperate attempt by Michael Bay to erase the history of his consistent bad press? I’m not sure, but the time line seems suspicious. Technically, Fox wasn’t “fired,” but instead — her option was not renewed. To put it simply, the movie studio had the option of employing her for the the third film, and they chose not to. Had they wanted her (or had they “picked up her option”), she would have been contractually bound to return for the third installment. They chose not to renew her option at the eleventh hour, which was far later than when she originally made the comments. Translation? — I’m not sure I believe Michael Bay.