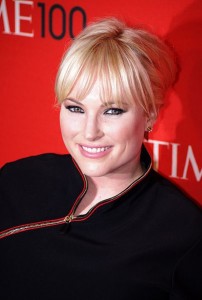 It’s one thing to be beautiful. It’s another to be a beautiful, smart bad-ass. Meghan McCain is officially on my girl-crush list. In response to Bristol Palin’s recent claim that McCain “ignored her” during their visit together, and she was forced to “watch her back,” McCain tweeted a “response,” which included a video of her hanging out with Sarah Palin’s children, coupled with a voice-over explaining her excitement about her father’s choice of Palin as a running mate. Kudos to McCain for shutting down the Palin camp. As an aside though, I think I’d rather have the bad press of being a jerk to Bristol Palin than documented evidence of my support for Sarah Palin. Which is more damaging? Watch the video below.