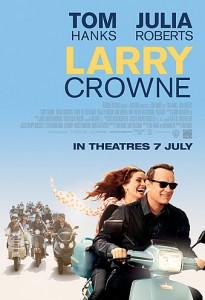 As Moviefone astutely points out, when a celebrity promotes a new film, they conduct endless interviews that mostly entail boring questions about what they share in common with their character, or perhaps what Hollywood hottie they are sleeping with. Tom Hanks broke new ground by appearing on Univision’s ‘Despierta America’ to promote his upcoming film, ‘Larry Crowne,’ and it’s clear from his appearance that he does not have a job as a weatherman in the near future. Watch his hilarious antics below.

One thought on “Tom Hanks Interrupts the Weather on Univision — Genius!”