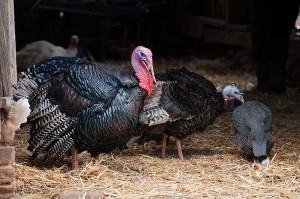 This story was just interesting enough to post. According to the New York Post, there’s a hot demand amongst the Hamptons elite for guinea hens. Christie Brinkley and Billy Joel started the craze in 1990 when they conducted an experiment on their property, which “showed the correlation between guinea fowl and reduced deer tick populations.” The craziest part of this story is the idea that Christie Brinkley and Billy Joel worked well enough together to conduct an experiment. The second craziest part is the vision of a bunch of rich, crazy celebrities with hens running all over their property.