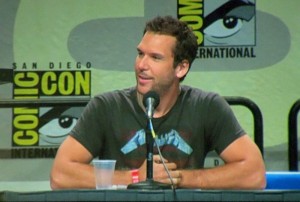 I get it. Stand up comedy is based on taking hot-button, touchy subjects and risking a backlash by twisting it into something funny. If you don’t take risks, then you’re not a comedian. That being said, Dane Cook’s joke was terrible. Yes it’s too soon to joke about such a colossal tragedy, but it also wasn’t funny — and that’s the key. In short, Cook basically suggested that the film was so bad, the audience was probably thinking they wanted to be shot. I’m paraphrasing horribly — but trust me — my summary is just as funny as the original phrasing. Cook got the message, and quickly said, “I am devastated by the recent tragedy in Colorado & did not mean to make light of what happened. I made a bad judgment call with my material last night & regret making a joke at such a sensitive time. My heart goes out to all of the families & friends of the victims.” I won’t be too hard on the guy because the public has already given him their fair share of tongue-lashings and I’m sure he learned his lesson. But I wouldn’t be The Dishmaster if I didn’t make my point.