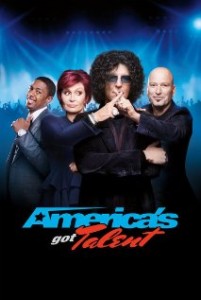 The business is brutal, and Sharon Osbourne learned that the hard way when NBC allegedly axed her son, Jack Osbourne, from their new show after learning of his Multiple Sclerosis diagnosis. She called the move “discrimination,” but NBC insists that since Jack Osbourne didn’t sign on the dotted line, the deal never existed in the first place. So what’s the truth? Well — it’s likely somewhere in the middle. Everyone knows that the entertainment business is predicated on “hand-shake” deals that stay in place until the contract is signed. Sure those deals aren’t legally sound, but it’s a gentleman’s agreement until the contract can be properly executed. My guess is that NBC didn’t want the liability of employing someone with a physically demanding disease on a physically active show, and that’s more about being scared of a lawsuit than it is about “discrimation.” Furthermore, if NBC wants Sharon Osbourne back, she doesn’t have a choice. It’s the network’s option to employ her next year — not hers. She’s under contract — and she did sign on the dotted line.