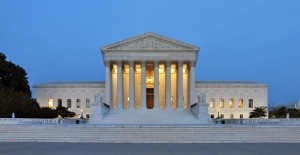 In 2010, the United States Supreme Court held that criminal defense attorneys must inform their non-citizen clients of the deportation risks associated with accepting a guilty plea to certain crimes.
That decision, Padilla v Kentucky, was based on the Sixth Amendment right to counsel in criminal proceedings, and the test for ineffective assistance of counsel laid out in Strickland v Washington. It provided immigrants convicted of deportable offenses an opportunity to overturn their convictions if their criminal defense attorneys failed to tell them that pleading guilty may lead to mandatory deportation.

Since that time, attorneys and judges alike have been puzzling over whether the rule in Padilla is retroactive — that is, whether it applies to convictions finalized before the 2010 Padilla decision.

Last week, in a 7-2 decision authored by Justice Elena Kagan, the High Court finally provided its answer to that quandary. In Chaidez v United States, the Court held that the rule of Padilla is not retroactive.

Under the Court’s “new rule” retroactivity analysis, a case creating a brand new rule, which can not be readily discerned from prior cases, is not retroactive. To the contrary, a case does not announce a new rule if it simply applies the principle that governed a prior decision to a different set of facts.

The majority in Chaidez determined that Padilla set forth a new rule because it answered a question about the reach of the Sixth Amendment right to counsel “in a way that altered the law of most jurisdictions.”

Kent Scheidegger, of the Criminal Justice Legal Foundation, who filed an amicus brief in Chaidez, explained that Padilla “overturned well-settled law to create a new ground to attack final criminal judgments. While this is arguably a desirable change for the future, it should not overturn decades of judgments properly entered under the law in effect at the time. This is particularly true in a case such as this one, which would have potentially voided the convictions of thousands of aliens who pled guilty to avoid a longer sentence.”

Justices Sonia Sotomayor and Ruth Bader Ginsburg dissented, finding that “Padilla did nothing more than apply the existing rule of Strickland v Washington in a new setting, the same way the Court has done repeatedly in the past: by surveying the relevant professional norms and concluding that they unequivocally required attorneys to provide advice about the immigration consequences of a guilty plea.”

In spite of the High Court’s ruling that Padilla is not retroactive, there may nonetheless be room for the states to apply Padilla retroactively, as the two dissenting Justices would do. Last year New York’s Appellate Division, First Department ruled that Padilla is retroactive until at least 1996, when the Illegal Immigration Reform and Immigrant Responsibility Act established the modern scheme of mandatory deportation. Criminal defense attorneys who represent immigrants in New York have been quick to point out that the Court of Appeals — New York’s highest court –- is not bound by the Supreme Court’s recent Chaidez decision. That’s because in 2008 the Supreme Court held, Danforth v Minnesota, that state courts can decide, based on state law, to apply a Supreme Court decision retroactively even if the High Court itself does not. That means that the Court of Appeals is free to rule that, under the New York Constitution, Padilla applies retroactively in New York state cases. And other states are free to do the same.

One thought on “Is Padilla Retroactive: Can Immigrants Avoid Deportation?”