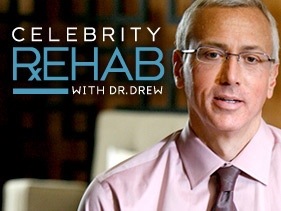 Mindy McCready is the fifth Celebrity Rehab death, and Dr. Drew is enduring an astounding amount of negative feedback as a result. One such comment came from singer Richard Marx, who said, “I think ‘Dr.’ Drew Pinsky should change his name to Kevorkian. Same results.” While my love for Dr. Drew spans decades, this revelation begs a more important question than whether he is a successful addiction medicine specialist. The real question lies in his moral compass. Is it acceptable to put addicts on television? Is someone in the throws of addiction really able to give knowing consent to cameras?

Pinsky has addressed the legal questions of consent, simply saying it’s up to the lawyers to work out the details. But that doesn’t answer the moral question. Though we are all intrinsic voyeurs, is it okay to watch someone deteriorate before our eyes? Is it even acceptable to witness a process that is historically predicated on anonymity? There’s no doubt that Dr. Drew is skilled, and there’s also no doubt that when one’s profession revolves around addicts, many won’t make it — no matter how capable the doctor. But watching Steven Adler’s first season relapse moved my inquiry from a rhetorical question to a certain answer. It’s not okay. And for the purpose of consistency — neither is ‘Intervention’ — Emmys or not.