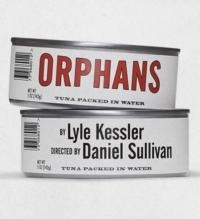 Personally, I’ve never liked Shia LaBeouf. He’s an unprofessional, classless, self-entitled prick. My venomous feelings began when the man-child insulted Steven Spielberg, and it’s now solidified after he inappropriately published private email exchanges with Alec Baldwin and the behind-the-scenes players on Broadway’s ‘Orphans,’ after leaving the play due to creative disagreements. The emails also exposed Labeouf’s bizarre behavior, considering he quoted Tom Chiarella’s “What Is a Man?” essay instead of merely executing a one-line apology. As for Alec Baldwin, the historically brazen man didn’t miss a beat, saying, “I don’t have an unkind word to say about you. You have my word.” It’s a good thing too, because I’m assuming Baldwin didn’t anticipate his exchanges becoming public. But then again, this isn’t his first rodeo.