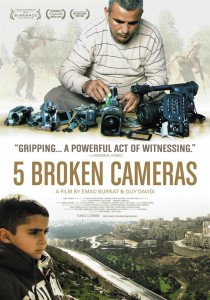 When Michael Moore’s friend, Palestinian filmmaker Emad Burnat, was detained by immigration officials at the Los Angeles International Airport on his way to attend the Oscars for his film, 5 Broken Cameras, Moore was outraged, and his outrage has caused subsequent controversy after Guardian columnist and blogger Glenn Greenwald called out Buzzfeed reporter Tessa Stuart for inaccurately downplaying what happened. According to Greenwald, Stuart allegedly used a government official as her source, and any such official would obviously be biased.

Now that I’ve summarized the events, allow me to make my point. My issue doesn’t surround the length of Burnat’s detention. It’s whether the United States had the right to take extra precautions. Is it really relevant that the man was invited to the Oscars? If our national security is at issue, then he should be detained. It’s clear Moore felt no such security was at issue, and this was akin to profiling. But is racial profiling okay if it pertains to our safety?

One thought on “Should the United States Have Detained Emad Burnat? — Michael Moore is Outraged”