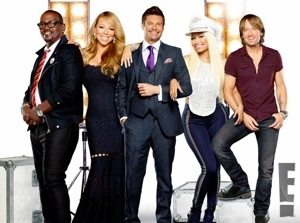 Since its 2002 debut, American Idol has been a household name and a ratings juggernaut. I first learned of the show months before it aired because I was part of the production crew that handled the Dallas, Texas auditions. Back then, we actually had to convince people to try-out. In fact, I was fortunate to have Kelly Clarkson in my audition group. I pre-interviewed her before she sang for the producers, and I immediately knew that she had something special; she was quick-witted and sassy and we hit it off right away. She hilariously asked that I hold her purse and answer her phone if it rang while she auditioned. The rest, as you know, is history.

Eleven years later, another small-town girl from Woodville, Texas is a top seven “American Idol” contender. Her name is Kree Harrison. I was also raised in Woodville, which has a current population of 2,574. A few nights ago I got to see her sing live. The entire experience was amazing. It was Rock’n’ Roll night, so the remaining contestants belted out their favorite rock song from the past several decades, even singing duets and trios. My hometown girl sang a Janis Joplin number – “Piece of My Heart,” and Amber Holcomb gave a chilling performance reminiscent of Whitney Houston.

As I sat in the audience that night, I pinched myself at the thought of the show’s trajectory since I met Kelly Clarkson. And though there are many contestants who deserve to win, I’m certainly hoping for a two-time, Texas victory.

If any fans would also like to take part in the show, now’s your chance! Submit your ideas for an upcoming musical theme, courtesy of AT&T. Just tweet your ideas using the hashtag #ATTIdolTheme. Click HERE for more information.