Skip to content
To further explain why Phil Robertson’s suspension from A&E is NOT a First Amendment violation, I commissioned my lawyer-friend Rik Sault, to deliver the dirty details. Enjoy the article below. 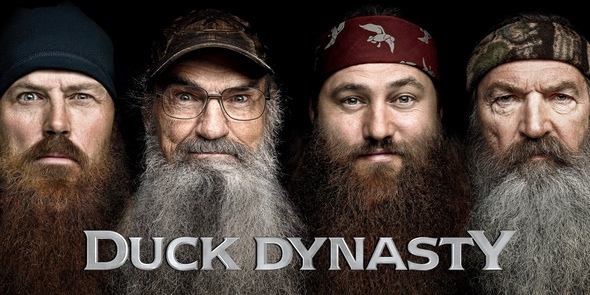 A&E indefinitely suspended Duck Dynasty star Phil Robertson for sharing his views on homosexuality in the January 2014 issue of GQ. Phil cited the bible, saying that homosexuality is immoral and even likened it to bestiality and terrorism (oh boy!). Though it’s not surprising that Phil holds such a view, it is surprising how quickly this issue blew up. Social conservatives and select Christian groups have come to Phil’s defense, outraged that he is suspended for simply expressing his faith and beliefs. There’s even a website and petition, IStandWithPhil, which calls for A&E to reinstate him. And now, a 2010 video “sermon” given by Phil has resurfaced. In this sermon, he rambles about “gross sexual immorality” and perversions such as “women with women, men with men.”

As my good friend The Dishmaster was quick to point out, this is NOT a First Amendment issue, despite of what social conservatives would have you believe. Louisiana Gov. Bobby Jindal said, “I remember when TV networks believed in the First Amendment.” It is ludicrous to cite the First Amendment here. Although government employees have limited First Amendment protection for their private speech, PRIVATE employees do not. There is simply no First Amendment protection when a private employer fires you for your speech. Phil is free to express whatever extreme religious and social views that he may hold without fear of legitimate government intervention, but A&E can certainly control which public figures it chooses to put on the air. Jindal’s recollection of a time when “TV networks believed in the First Amendment” is wildly misleading. I’m sure A&E believes in the First Amendment. I’d dare say that its choice to suspend Phil is an exercise of its free speech rights. Also, let’s not forget about partisan news outlets: if a Fox News pundit told a major magazine like GQ that he or she lauded the reforms of Obamacare and called for increased funding for food stamps, that pundit would likely lose his job. Furthermore, cable television Stars are accountable to the channel and A&E is accountable not only to its viewers, but also to its advertisers. According to one crisis communications expert, “few advertisers will risk supporting Duck Dynasty because of [Phil’s] devastating remarks and renewed focus on a show that invites ridicule of stereotypical rural families.” A&E’s only failure is its inability to wrangle its stars. This never should have happened.