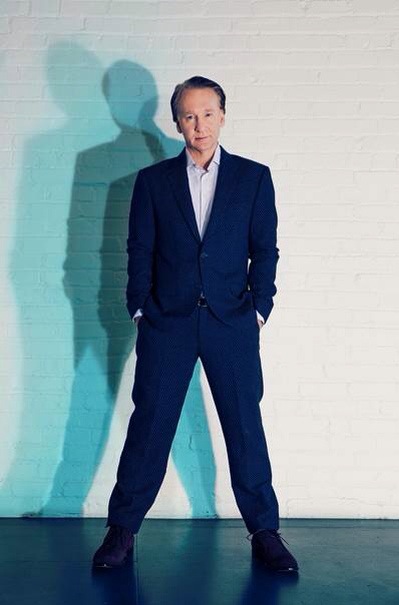 DuJour Magazine sat down with Bill Maher to promote the 12th season of his HBO show, and Maher opened up about his show, his stand-up struggles, and the many politicians who won’t visit his stage. Read some choice quotes below, and visit DuJour for the full interview.

On getting politicians to appear on his show:

“I’d like to get every political person, but I understand why so many of them resist… I think they’re afraid that I’m not going to kiss ass, which most questioners do. That’s the sort of unholy deal that is made: The media trade their souls for access.”

On guests that annoy him the most:

“It annoys me when they present themselves beforehand as believing and saying one thing, and then wilt under the pressure. I am sympathetic, especially to my conservative guests, because it’s a difficult show to do when you’re in front of a liberal audience. But we expect them to stand up for their conservative point of view. I just want people to stick to their guns no matter what.”

On his years as a struggling stand-up:

“It’s just horrific at first. It’s one thing to learn something in front of a computer—if you make a mistake, nobody sees it and then you call up the IT guy for help. But to do it in front of two drunks at three in the morning who are heckling you… those first few years are hard. The next ten years are not great either.”

On the interview question he hates the most:

“I hate ‘Who would you have at your ideal dinner party?’ It’s cliché. They are dead. They are not coming.”