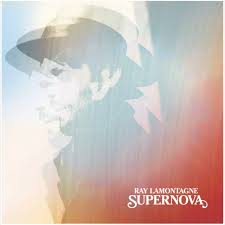 Ray LaMontagne graced The Greek with one of the tightest, most memorable performances its stage has seen. The Grammy winning singer-songwriter is somewhat akin to an athlete, moving quickly from one song to the next, with limited audience interaction and a fixed, center-stage presence.  I have little information on LaMontagne, but my uneducated guess is that he’s a shy perfectionist. His band is flawless, his staging and styling were crisp, and the live mix was perfectly on point.  It’s clear from the song lineup that LaMontagne was there to promote his new material. Instead of sprinkling his hits throughout his set so as to aid anticipation and distraction, he strategically placed his most-loved tunes in the center of the show, offering an acoustic rendition for fans to get a new take. In a rare, vulnerable moment, he even advised the audience not to clap too much for the hits, because it would “hurt his feelings.” There’s something understated and magical about Ray LaMontagne. He deserves every ounce of the success he’s acquired. I came to watch a good show at the Greek, and I got it.