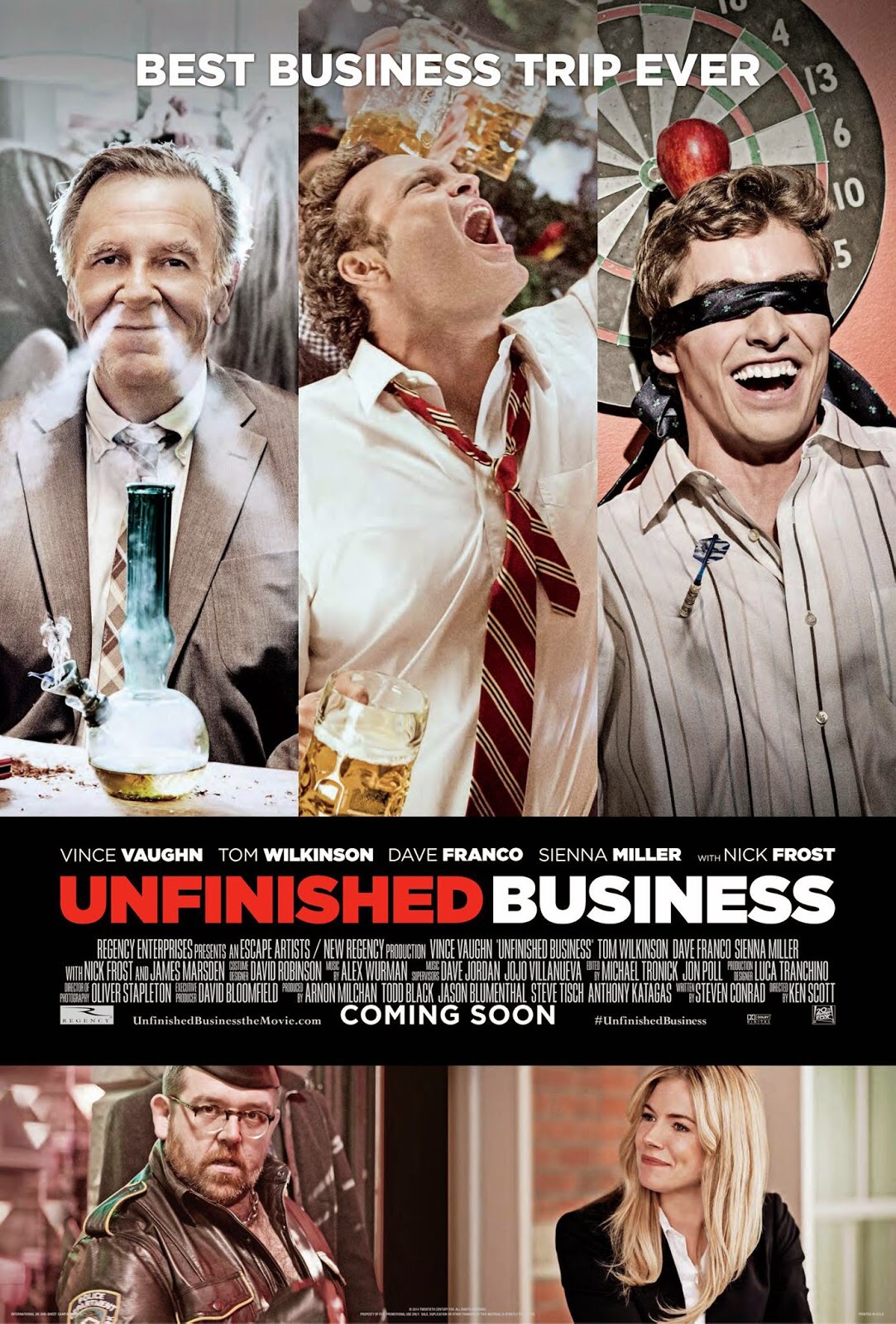 When an entire movie revolves around closing a business deal, it might help to actually understand the deal in question. That’s not a macguffin, it’s a necessity. ‘Unfinished Business’ begins with a scene straight from ‘Jerry Macquire,’ as Dan Trunkman (Vince Vaughn) defiantly insists he can do his job better than his boss, Chuck Portnoy (Sienna Miller). He then turns to his fellow coworkers to request they follow him to his new company. As for what his company does, why he’s so angry, or whether we should root for his success, that’s never clear.  The remainder of he film explores the antics around the deal in question, with a great level of desperation given that it’s Dan’s only chance to keep his illusory company alive. Because this film solely revolves around the dialogue among Dan and his two cohorts as they travel through Europe to seal this deal, the movie lives or dies by its dialogue. Unfortunately, it died. The only funny moment is ironically ripped from Louis C.K. whose joke about giving his first class seat to a veteran landed in the trailer. Do you think Louis scored some cash for that? You can catch both clips below.