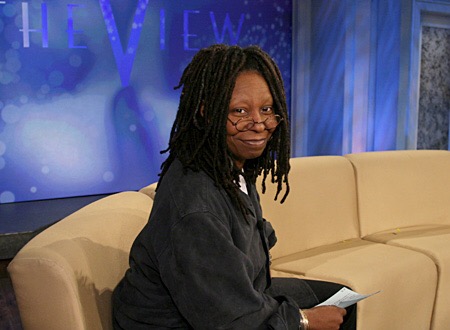 If it’s true that there needs to be more proof before Whoopi Goldberg and Raven Symone believe in Bill Cosby’s guilt, I’d like to know what that proof specifically entails. “As more information comes out, we’ll see what happens,” says Goldberg, in the clip below, but how much more information does she need before she begins to believe the more than 40 women that have come forward? Yes he is innocent until proven guilty, but the evidence is leaning very far toward guilt, and Goldberg seems to be dismissive in an effort to protect her friend. With information about his deposition released, in which Cosby admitted to obtaining Quaaludes for the purpose of sex, Goldberg still held firm, implying that she took Quaaludes in the 80’s for recreational purposes, and not for the purpose of rape. As a lawyer, I respect the desire not to try someone in the court of public opinion, but as a random person reading the armchair evidence, I also believe in the smell test, and this thing reeks. Perhaps Whoopi Goldberg has some really great deodorant for Cosby.