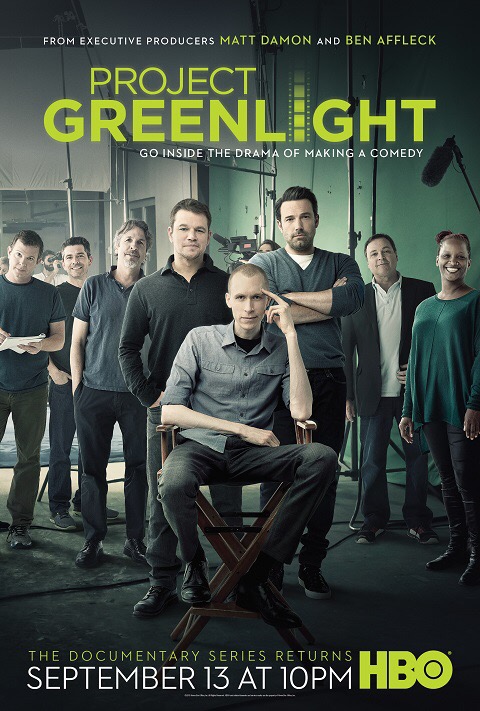 Episode 3 of Project Greenlight puts one major problem with film making into focus. Despite cost constraints and an extremely tight schedule, creative differences can sink a film. Effie Brown was hired to produce, and she has the arduous task of making very tight deadlines in an unreasonable time frame. That pressure, combined with an exceptionally prickly, uncompromising director (Jason Mann), can make almost anyone snap. And despite her vast skill set operating each individual detail that goes into a film, can she convince and cajole her main man into see her point? The answer is no, and unfortunately, her frustration landed on the seemingly jolly Pete Farrelly, who was hired to mentor the rising young talent.

Effie Brown’s back-and-forth struggle with the director began when he insisted on shooting film instead of digital, which would cost production an extra 300,000 dollars. Her attempts to convince him started with showing him both options that are “more or less the same,” followed by a firm no, and an objection to his implication that “costs can be cut elsewhere,” because “she’s been doing this long enough to know that costs cannot be cut.” Needless to say, this conversation compromised their relationship. When Farrelly stepped in to show him the difference without first asking the producers, Brown objected. Farrelly was immediately put off by Brown’s response, asking why she was upset with him and explaining his intentions. Farrelly was clear that he also supported digital, which he used on Dumb and Dumber To, despite similar objections. When his call revealed Effie’s abrasive response, Farrelly fled, saying, ‘I’m running for the hills. I was really excited … [but] I don’t want to work under these conditions. I can see that Effie wants drama, but I do not want to engage in it.”
While bloggers have pointed out that women are often confronted with being “dramatic” while men are assertive, I strongly object to that account in this particular situation. Jason Mann was certainly an annoying, spoiled brat, but he was never disrespectful. He pushed for what he wanted, and though his desires were unreasonable and uncompromising, he never took it to a personal place. Effie did. Does that make her a “typical woman,” and am I a self-hating, non-feminist for pointing it out? Perhaps. But her entire relationship with the director from day one has been steering him toward HER most comfortable place, not HIS. He can sense her motive, and as a result, he digs in his heels. Pete is coming from an unbiased place, which is why he should have been treated as an ally, not an enemy. Had Effie lowered her feathers for a fleeting second instead of becoming immediately defensive, she’d have used him as such.

Perhaps Pete Farrelly got a good edit, and Effie Brown did not. But from what I saw, she owes Farrelly an apology.