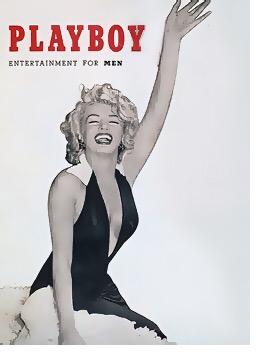 In a bid to keep up with the changing times and a new snap-happy market, Playboy Magazine has made the difficult decision to nix its naked photos in favor of more tasteful, covered pictures. With less than a million sales of it’s glossy mag compared to 8 million in the seventies, they’re finally adjusting to a changing market, where nude pics are now deemed passe given the digital revolution of overly accessible naked women. Though the move seems shocking, perhaps it makes sense. When Playboy covered up its online website, viewership drastically increased, presumably because people are no longer looking over their shoulder to see who’s snooping on their computer. Time will tell. Besides, don’t we only read Playboy for the articles anyhow?