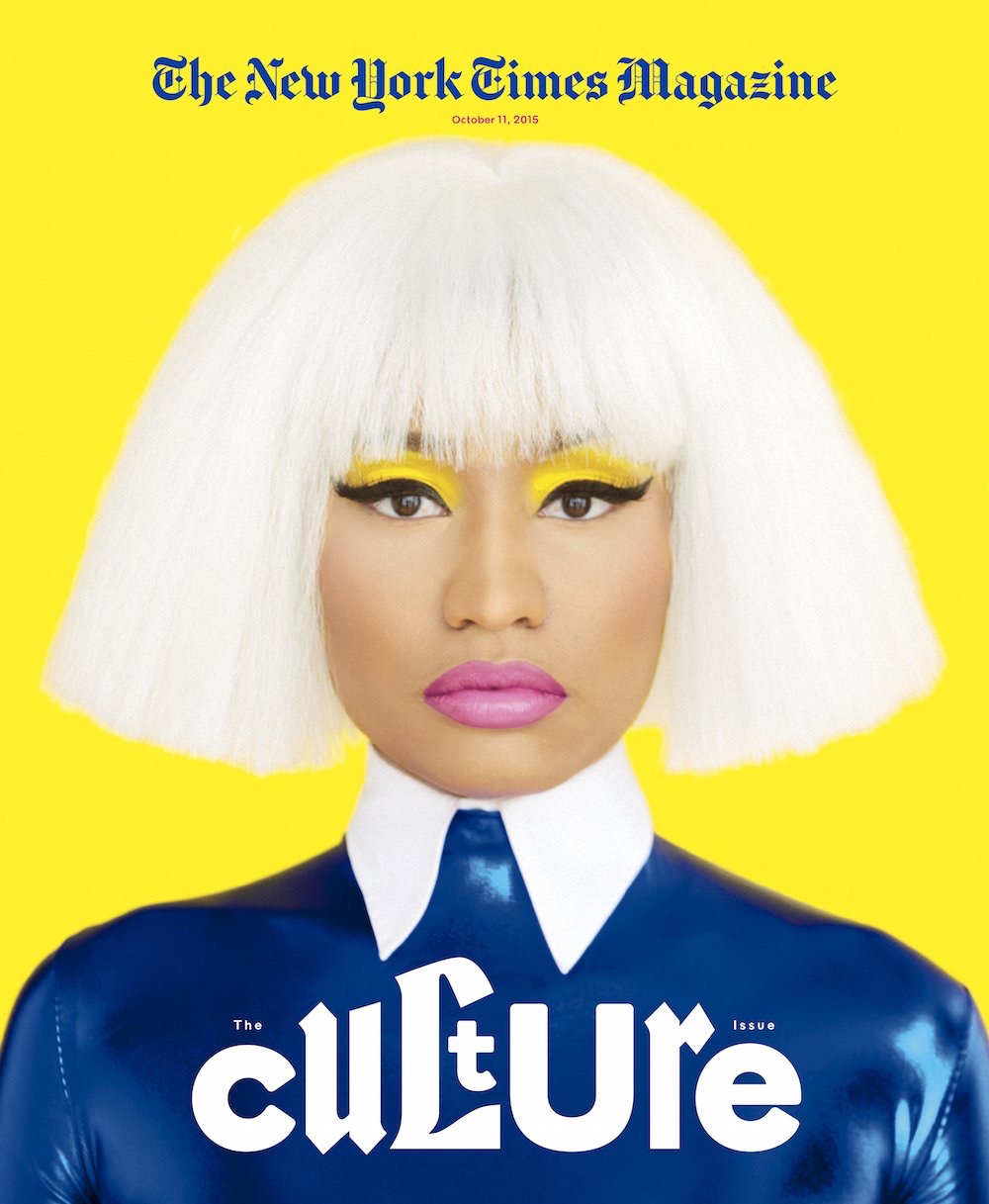 Though I find Nicki Minaj to be excessively annoying, I must admit that if an interviewer asked if I “thrived on drama” I’d be equally pissed. Perhaps I would not have handled it quite the same way as her, but she’s Nicki Minaj, and she’s consistently established her inability to “make nice” in uncomfortable situations.
The trouble started when Minaj was asked about her Miley Cyrus feud in an interview with New York Times Magazine, and she made some very good points, explaining that since Cyrus appropriates black culture then she should also “want to know what affects us.” In defense of Cyrus, she did not dismiss the issues surrounding black culture; she instead addressed Minaj’s “unkind” attempts at expressing it. I realize the obvious response to that is “a privileged white girl has no business telling black women HOW to express themselves,” but that’s neither here nor there. The interview turned sour when Minaj was asked about her boyfriend’s feud with Drake, and she made it clear that they are grown men, and though it saddens her, she has nothing to do with it. That reply was met with the now infamous question about whether she “thrives on drama.” Here is her reply.

That’s the typical thing that women do. What did you putting me down right there do for you? Women blame women for things that have nothing to do with them. I really want to know why — as a matter of fact, I don’t. Can we move on, do you have anything else to ask? To put down a woman for something that men do, as if they’re children and I’m responsible, has nothing to do with you asking stupid questions, because you know that’s not just a stupid question. That’s a premeditated thing you just did.

If your question produces such a heated response to the point of losing the interview, then you have failed as an interviewer. Additionally, it was clearly an insult, and it deserved to be treated as one. Was her reply ironically “dramatic?” Perhaps. But don’t poke the bear if you don’t want to get eaten.