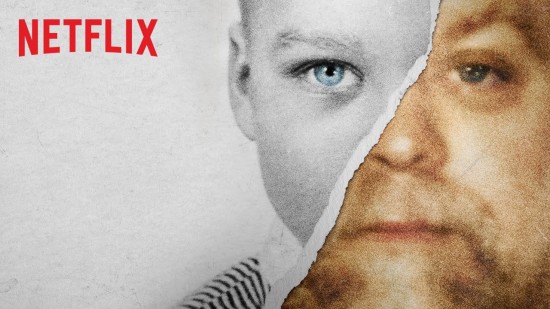 Steven Avery served 18 years in prison in Manitowoc County, Wisconsin for a crime he did not commit, and two years after he was exonerated with newly developed DNA testing, he was convicted of murder, for which he was sentenced to life in prison. Netflix’s ‘Making a Murderer’ tells his story, starting with his trial. In the first episode of the new Netflix series we learned just how Avery’s original case went awry, and it’s mostly due to shocking government corruption. The state had an agenda, and they shaped the case in their favor. They influenced the witness’s memory of her attacker, they neglected to follow viable leads that implicated another man, they dismissed Avery’s key alibi witnesses, and then covered up their shocking infractions. Avery long felt they were out to get him, and 18 years later, with the help of the Wisconsin Innocence Project, he proved it.

Avery sought redemption for his wrongful conviction via a civil lawsuit, given that the government was outrageously cleared of any wrongdoing. Each deposition revealed the extent of their ethical infractions, and their blind desire to put Avery behind bars. And just as it became increasingly more embarrassing for everyone involved, and Avery was closer to a multi-million dollar settlement, something happened. Teresa Halbach, a 25 year old photographer, went missing, and Steven Avery was accused of her murder. According to Avery, she was on his property taking pictures of Avery’s Auto Salvage yard for Auto Trader magazine just before she vanished. Her car was found on his property with his blood inside, along with its key inside Avery’s bedroom. Her burned, charred remains were also discovered on his property, and his nephew confessed to having participated in killing her. But before you become convinced that he’s guilty from that aforementioned list of exculpatory evidence, WATCH THIS DOCUMENTARY, because nothing is as it seems.

The same individuals that wrongly convicted Avery the first time around are involved in his subsequent trial, which is a shocking conflict of interest. This also means that Avery’s DNA was available to them, and a vial of his blood was in fact tampered with. As for that key, it was found on the eighth search of Avery’s property, and the individual that located the key is the same individual involved in his original trial. And what about the victim’s car? A cop called in the plates to the victim’s car days before it was located on Avery’s property, which suggests that it was located in another area and moved to Avery’s yard for the purpose of framing him. It might seem outlandish, and though many might suggest it’s atrocious to accuse the state of such horrible behavior, they already proved themselves corrupt during Avery’s FIRST TRIAL, and they could obviously (and easily) do it again. In fact, the SHERIFF said during a television interview that it would be ridiculous to frame Avery, because if he wanted to get rid of him, he could just “make him disappear” instead. You might also wonder about the nephew’s confession. As soon as you read it in print, it’s easy to assume a confession cannot possibly be entirely manipulated, but this confession is on camera, and when you watch the documentary you’ll see for yourself just how a learning disabled teenager outside the presence of his mother and an attorney can be conned and bullied into a yes-or-no guessing game that indicates he might not even understand the questions.

Many of us know about government corruption, and many of us hear about it in the news in sound bites. But watching Steven Avery’s trial as it’s happening, with in-depth, behind the scenes depositions, interrogations, and interviews, exposes this darkness through a different lens. Even if Steven Avery committed this crime, which I don’t believe he did, it doesn’t much matter in the end. What matters is fairness, ethics, and the law, and none of that was followed here. Steven Avery deserves a FAIR trial with a FAIR judge that follows the laws of evidence and excludes unlawful searches and seizures. He deserves justice. And hopefully this Netflix documentary will give it to him.