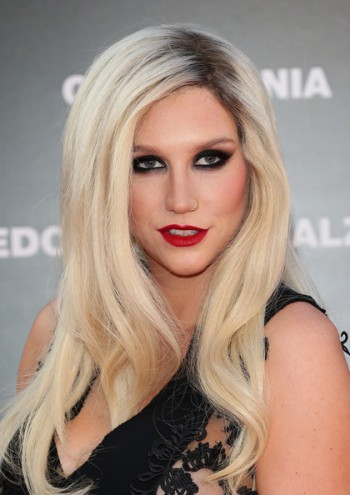 When New York Supreme Court Justice Shirley Kornreich refused Kesha’s requested injunction to release her from Dr. Luke’s Kemosabe Records, which is owned by Sony Music Entertainment, Kesha sobbed in open court. Kesha sued Dr. Luke in 2014 for allegedly drugging, raping, and abusing her. Lukasz “Dr. Luke” Gottwald denies all charges and claims it’s a creative bid to breach her contract. Sony argued that Dr. Luke and Kesha do not have to interact while she performs the remainder of her contact. Their argument seems more like a faux peace gesture rather than a legally binding amendment to her original agreement though, because sources suggest that the contract prevents her from working with anyone but Luke.

Many celebrities have spoken up in support of Kesha, most notably Taylor Swift, who donated $250,000 to fund the singer’s legal fund curiously close to some very public criticism from Demi Lovato. The current narrative circling the netscape is something like, “Sony is forcing Kesha to work with her rapist.” As for Dr. Luke, he calls this “trial by twitter.”

While I have not been privy to the actual print in Kesha’s contract, I smell a rat. First, is Kesha worth this much money to Sony, and will she even release anything worthwhile under these conditions? So what’s the angle? Perhaps Sony is concerned about setting a precedent, or more alarmingly — perhaps Luke is worth more to Sony and HIS contract between Kemosabe Records and Sony is nearing an end. Maybe he has threatened to walk away from HIS deal without Sony’s support? Conversely, is it possible that Kesha’s team is in fact playing this card in a ploy to get out of the astounding six-records she has left with Sony? After all, they did allegedly make up a Lady Gaga rape allegation.

There’s a wave of trials in the court of public opinion, and many involve rape. First, taking a rape case to court is excruciating for actual victims, because they are forced to relive their trauma in cross-examination and have their credibility questioned. Second, the shame associated with rape often keeps victims quiet, and the statute of limitations might pass before they choose to speak up. Third, victims are often too traumatized to quickly gather physical evidence post-rape, which leads to a very thin case in court. So is this what happened to Kesha? It’s been widely noted that there is little to no evidence to back up her claims, which is why Luke was not criminally prosecuted. And if he was not in fact criminally prosecuted, can you blame Sony for standing behind him? While our legal system is not kind to victims, I cannot think of a more feasible alternative. Our legal system is founded on “Innocence until proven guilty” for a reason, and I would venture to guess that if given the option, most people would keep it that way.

When someone is accused of a heinous crime, that presumption of innocence means the accuser MUST be cross-examined. Their credibility MUST be called into question, because someone’s life and freedom is at stake. If we were simply to assume guilt and take action as a result, is anyone safe? In Kesha’s defense, Sony should have amended her original contract to create a black and white barring of Luke’s involvement. My guess is he could still make money off the star, given that he found her, and she’s technically under his label. It’s one thing for Sony to suggest his involvement is not necessary, it’s another to put it in writing. If it’s true that Kesha does in fact have to work with her rapist or she’s otherwise in breach, then I cannot fathom a bigger nightmare. But Sony has been warned, and any action on Luke’s part moving forward would be the most clear cut negligence imaginable, and Sony has deep pockets. I’d advise Kesha to consider that.