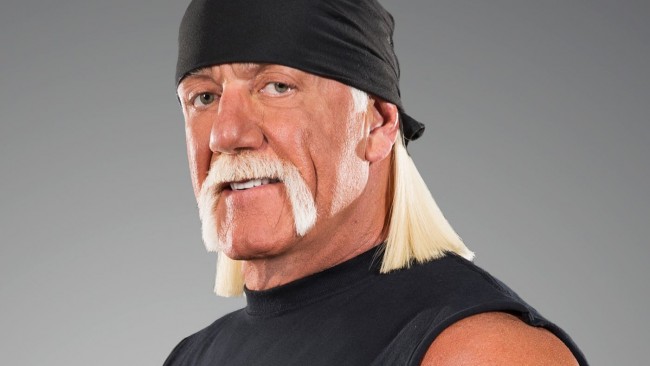 Terry “Hulk Hogan” Bollea was awarded $115 million for emotional distress ($60 million) and economic damages ($55 million) in his case against Gawker Media, and he stands to gain even more when the jury decides on punitive damages. Punitive damages can total three times the award, which nets out at $345 million. Though unlikely, punitive means “punishment,” and if the jury wants to send a message, that’s where they’ll do it. According to the Los Angeles Times, Judge Pamela A.M. Campbell of the Sixth Judicial Circuit Court in Pinellas County advised the jury that the damages should not devastate the defendants, which include founder Nick Denton and Albert J. Daulerio, who was editor-in-chief of Gawker.com at the time the sex video was published. Denton is worth $121 million, and Gawker made nearly $50 million last year alone. As for Albert J. Daulerio, he’s insolvent. One thing is clear; however, and it’s that Daulerio deserves punishment.

While on trial, Daulerio was asked about whether he could imagine a situation in which a celebrity sex tape would not be “newsworthy,” and he said “if they were a child.” He then said that the only banned age would be “four.” He later back off his testimony insisting it was a joke, though the damage was likely done. It was also revealed during trial that he ignored desperate pleas from a college student to remove a video of her having drunken sex on the floor of a bathroom stall, claiming again that it was “newsworthy.” When asked whether he investigated the tape to determine if the sex was consensual, he admitted that he did not. In fact, he responded to the victim’s email plea by saying “Blah, blah, blah” followed by “advice” to “keep [her] head up.” In an interview with GQ Magazine, he admitted that the video in question might have in fact been a rape.

Because so many people misunderstand what “Freedom of Speech” means according to the First Amendment, this case provides the perfect opportunity to explain it. We’ve all heard “you can’t yell fire in a crowded theater” as a limitation on free speech, but what exactly does that mean, and how does it apply to the Hulk case? For starters, Hulk is suing for Invasion of Privacy, and Gawker’s entire defense revolves around the First Amendment. Our right to privacy means that one can not publicly disclose private information if it would offend a reasonable person, and if that information is not “NEWSWORTHY.” To sum this up in a nutshell in relation to Hogan, “the jury balanced privacy and press rights, and privacy won.” Because courts have traditionally upheld press rights, this case is monumental, and it will certainly send a message. As for Hogan, he’s aware, tweeting “Told ya I was gonna slam another giant” immediately after the verdict.

As a lawyer and a blogger that has long vowed to never post paparazzi pictures or invade the privacy of celebrities, this is especially interesting from a legal standpoint. Having said that, I’m getting more questions about the backstory of this sex tape than the lawsuit, so in an effort to satisfy that curiosity, here goes.

Hogan and Bubba “the Love Sponge” Clem were longtime friends, and the Sirius radio “shock jock” claimed to have helped Hogan heal from his tempestuous divorce with then-wife Linda. The pain of his divorce also came on the heels of his son’s arrest and some alleged financial issues. Needless to say, Hogan was not in the best place, and what does a good friend do when you’re grieving the loss of your family as you knew it? Well . . . he offers his wife, of course. Bubba told Hogan to have sex with his wife Heather, though their stories vary as to who initiated this idea. Bubba did not watch the act itself but seemed completely fine with sharing his wife. According to Hogan, he had no idea he was being filmed. When asked by Howard Stern what kind of marital arrangement they had, Bubba would not elaborate. Stern asked if Bubba suffered from some type of erectile disfunction, but Bubba remained coy. Clem and his wife later divorced. The sex tape in question was allegedly stolen by a former, disgruntled employee of Bubba’s, though he was not prosecuted for the theft. Gawker got wind of the tape and posted a minute long snippet. That was enough, and Hogan sued. The rest is history. Bubba and Hogan are no longer friends.

There are a lot of lessons to be learned from this case. First, if you are a blood-sucking maggot, you will get your due, and it’s nice to know a jury of our peers has a conscience. Second, though friends might let friends fu-k their wife, they certainly don’t tape it. Third, if your wife wants to f-ck other dudes and you’re not watching, she’s either selfish or your sex drive needs a serious evaluation. And lastly, don’t leave your secret sex tapes in your office for your employees to steal. If you do, label them “easy diet tricks.”