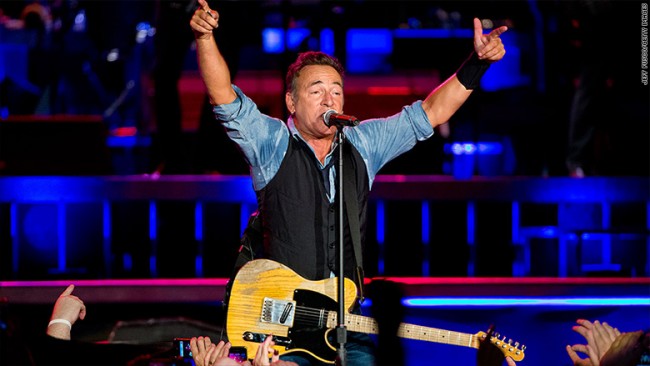 Bruce Springsteen cancelled his concert in North Carolina over what is perceived as anti-LGBT legislation, and if you’ve ever seen The Boss in concert, you know this isn’t just devastating for the city, it’s devastating to the fans, who will now miss the opportunity to see an unforgettable four hour concert with one of the best bands in history. According to Springsteen, the Public Facilities Privacy and Security Act is “an attempt by people who cannot stand the progress our country has made in recognizing the human rights of all of our citizens to overturn that progress,” and his decision is “the strongest means [he has] for raising [his] voice in opposition to those who continue to push us backwards instead of forwards.” So what is this “bathroom law” and was he right to cancel? Let’s put on my dusty legal hat for a not-so-complicated explanation.

The problem started when the local government passed legislation to expand the state’s anti-discrimination laws so that transgender people could use the bathroom of their self-identified gender. The state objected to what they deemed an over-reach by the local government, and they responded with HB2, or what’s now called “the bathroom bill.” In a nutshell, the State said that their laws on anti-discrimination are the ONLY laws, and the city needs to stay out of it. The ordinance protecting the LGBT community was therefore reversed. The impact goes deeper, though. For example, if the state has a minimum wage law, then the city is now prohibited from passing an ordinance with higher minimum wage, and the same goes for discrimination. Basically, what the state says goes, and the public views this as blatant discrimination.

There are many personal opinions to unpack here. First, should transgender people use the bathroom of their identified gender? I propose to remove gender entirely, because there’s no way to police it. What if person A has begun a biological transition, but has not yet changed their genitals? What if someone personally identifies as another gender but cannot afford to undergo a transition? And lastly, what does it mean to be a woman or man anyhow? It all goes way beyond a bathroom, and it’s worthy of deeper debate, rather than a hateful back-and-forth about bigotry. Second, no one would have an issue with the state’s word being supreme if the end result was more equality. We’d praise the state. It seems generally odd for a city to make offerings that contradict the state’s wishes, but local law is muddy, and if someone can offer a take that further explains the conflict, I’m open to hearing it. As for Bruce Springsteen, he’s making a statement, and I support his stance. But I sure feel bad for those fans.