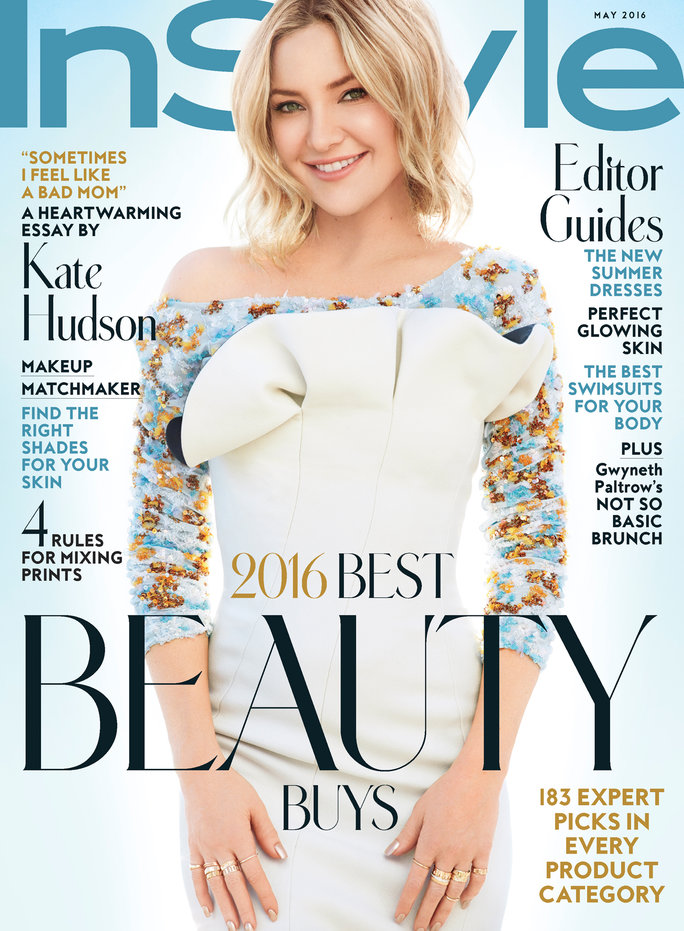 Though the media is spinning Kate Hudson’s most recent essay in the May issue of InStyle about her children as negative, I couldn’t help but secretly find it liberating for a woman to finally admit that motherhood is both rough and sometimes simply unmanageable. After all, don’t we have enough celebrities toting all the life-changing aspects of child-rearing, insisting it’s simply divine? If you believe Instagram, then surely you’d think any idea otherwise makes you evil.

Hudson had her first child at 23 with Black Crowes rocker Chris Robinson and her second with Muse front man Matt Bellamy. Both relationships went bust, but Hudson’s sexy single ways landed the much-younger Nick Jonas, among other swoon-worthy flings. So what’s the comment in question? Hudson wrote that although some days she deserves an award for best mother, on other occasions she “finds [herself] doing strange things that don’t have any real purpose, in faraway corners in [her] house, and I realize [she is] literally and deliberately hiding from [her] children.”

Who doesn’t love the image of the always-energetic Hudson playing “hide and seek” and never coming out of her hiding place? I think that new game might take on renewed interest after her self-penned essay.