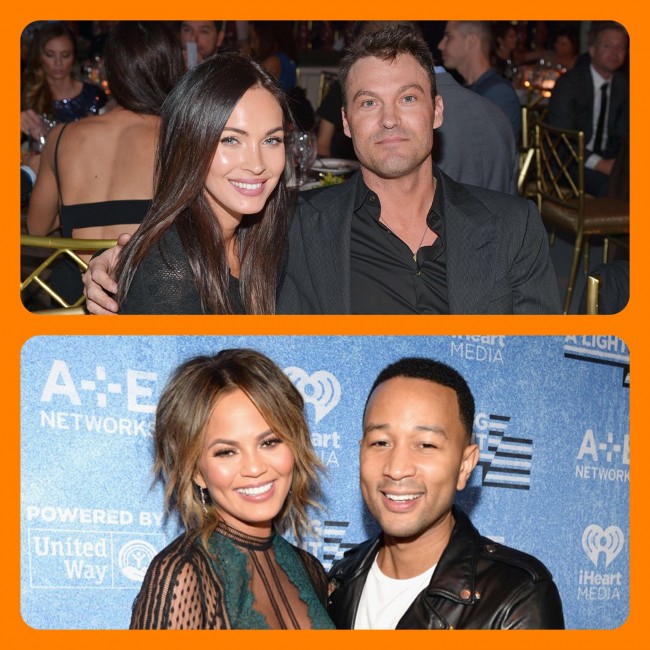 Megan Fox and Brian Austin Green have their third baby on their way. TV Guide

Aisha Tyler and her husband are ending their 22 year marriage. RTW

Liam Hemsworth and Miley Cyrus are not engaged. Contact Music

Iggy Azalea and Nick Young are working on their relationship. ET

Arnold Schwarzenegger and his love child hit the gym together. Hollywood Life

Singer Zac Brown was in a hotel room where four were arrested. Yahoo!

Rihanna and Leonardo DiCaprio might be back on. Just Jared

Kesha made a surprise appearance at Coachella. Billboard