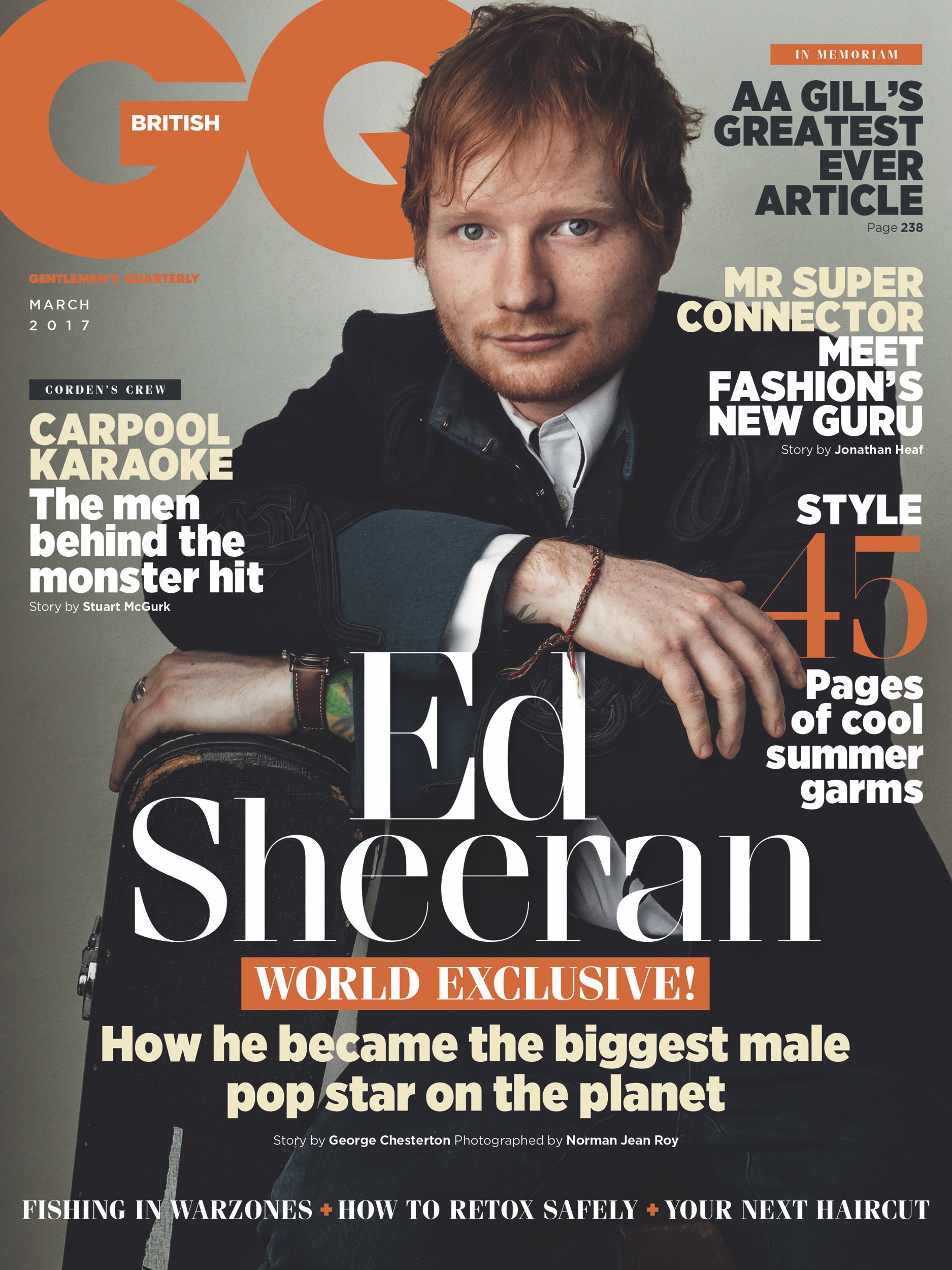 Ed Sheeran covered the March issue of British GQ to promote his upcoming album, and the hit singer/songwriter brought out his competitive side. Though I’m not sure it’s the best idea for sweet, nice guy to show his salty side, Sheeran is currently on top of the world. His two new singles are topping the charts, and he shockingly has a cut off Justin Bieber’s record, which was nominated for Album of the Year at this year’s Grammy Awards. Check out some choice quotes below, and head on over to GQ for more. It’s available now for digital download, and it hits newsstands Thursday.

On his biggest competition:

“Adele is the one person who’s sold more records than me in the past ten years. She’s the only person I need to sell more records than. That’s a big f***ing feat because her last album sold 20 million. But if I don’t set her as the benchmark then I’m selling myself short. I’m not in competition [creatively] because we all sit in our own lanes, but once the creative product is out there is a race to the finish line.”

On whether he’s aware of Sheeran-lite copycats on the scene:

On why he’s so driven: