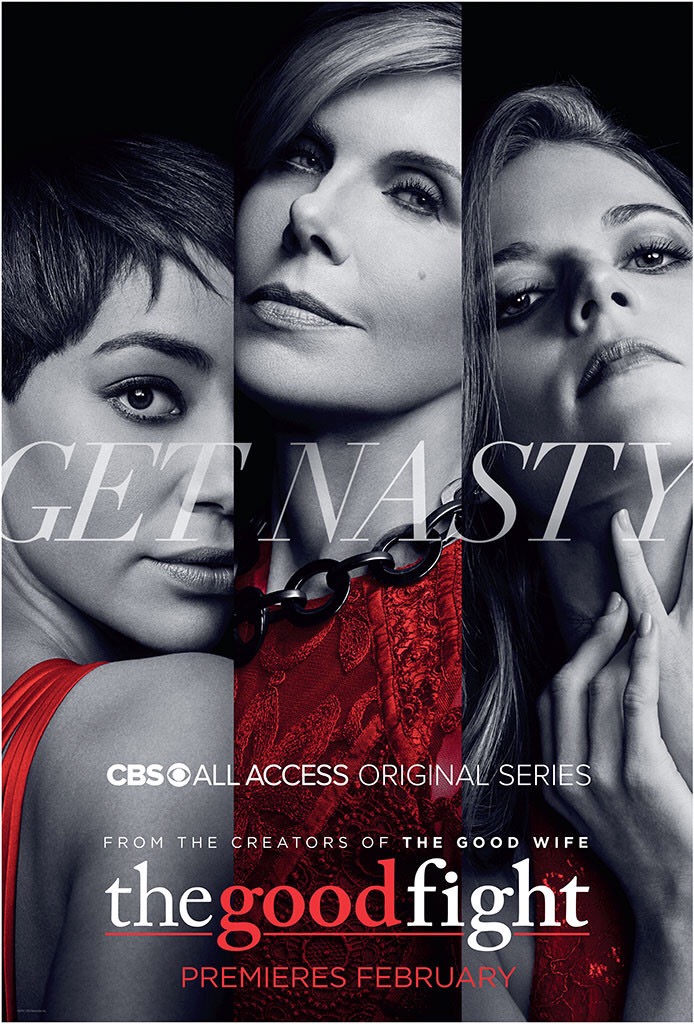 There’s no one more excited for the return of a high quality law show than myself. but CBS’ spinoff has a few snags worth mentioning. For starters, the poster. I realize most of these network-related advertorial assignments are farmed out, and I have zero idea who executed this objectionable piece of art, but someone deserves a talking to. The three leading ladies have a come-fuck-me face, along with the words “Get Nasty,” as a tagline. I need not suggest the sexual undertone of “Get Nasty,” and though perhaps it could get a pass due to the #NastyWoman movement a la Hillary Clinton, that is likely an unintentional overlap. These are strong, powerful women, and they deserve more. The trailer below is also peppered with excess sex, and though I would not describe myself as a prude, I certainly would not have led with the lascivious. It’s low-hanging fruit (no pun intended — but speaking of fruit — LET THE MEN GET NAKED FOR ONCE).

My next complaint? What on earth is CBS All Access, do I have to pay for it, and WHY DO I HAVE TO PAY FOR IT? I currently subscribe to Tidal, HBO Go, Xfinity, Amazing Prime Streaming, Sirius, and more. CBS seriously expects me to add to that list, FOR ONE SHOW? If they aren’t aggregating content to offer more than a basic subscription to their only enticing creative endeavor, I will not pay extra, even if it is $5.99 per month. Old CBS programming is not enough. Something has got to give, and it’s not going to be Howard Stern, Beyonce’s Lemonade, or old episodes of Sex and the City. Sorry, CBS. Furthermore, if I were giving advice, I’d have launched this as a free service season one and charged for season two. That is if they believe in their show of course.