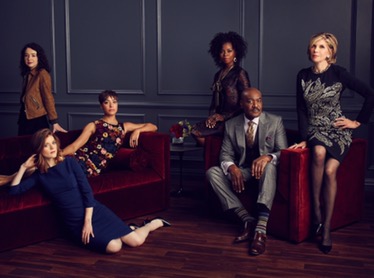 As a subscriber to Netflix, Hulu Plus, Amazon Prime, Xfinity, and HBO Go, it’s worth noting that there’s no room left in my bank account for another subscription service, and CBS All Access is therefore pushing the limits of my tolerance level with The Good Fight. Though I’m a huge fan of The Good Wife and aching for another law show, the release is confusing. The series premiere will be available on-demand on CBS All Access beginning at 8 p.m. ET., and a special broadcast preview of the premiere will air on CBS that same night at 8 p.m./7c. It’s brought to you by the same showrunners and executive producers of The Good Wife, and it picks up one year after The Good Wife ended. It stars the enormously talented Christine Baranski, whose character finds herself cash-strapped after a financial scandal, which derails her retirement. It also welcomes back fan favorite Cush Jumbo as Lucca Quinn, and Zach Grenier as David Lee. Watch a trailer below, and let me know if you plan to spend MORE money on ADDITIONAL content. Couldn’t CBS just air this on their network instead of getting greedy?